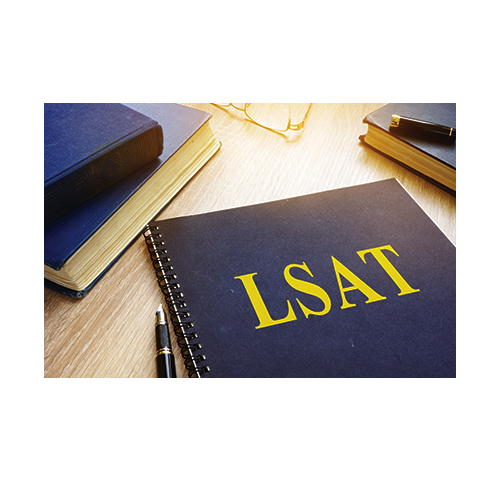 There are not very many requirements for a person to be eligible to take the LSAT.  However, many schools have requirements for the LSAT score needed to gain admission.  LSAT stands for Law School Admission Test and is required by most United States and Canadian law schools as a part of the admissions process.  The LSAT takes about a half day to complete, is standardized, and is only offered at certain times, in certain locations.

There are not any published requirements students must meet to take the LSAT.  Therefore, theoretically, any person can sign up for the exam.  However, there are a few basic minimums most students should meet before paying money to sign up for the exam.  Prospective test takers should be able to speak English fluently.  The LSAT is already a difficult exam, even for native English speakers.  Considering the exam is administered in English, test takers should be proficient in the language if they hope to score well on the exam.  Prospective test takers should also ensure they plan to apply for law school.  The LSAT is specifically a test designed for entrance to law school.  Therefore, people who take the LSAT should be planning on applying to law school at some point in the future.  In addition, prospective test takers should ideally be in college or just graduated, and planning on applying to law school in the next five years.  The LSAC keeps LSAT scores on file for five years.  Waiting too long after taking the LSAT to apply to law school could result in invalid test scores.

Aside from the very obvious requirements listed above, there are a few technical requirements.  First off, students must be registered in order to take the LSAT.  Registration deadlines are typically set to be about 4-5 weeks before the exam date.  These registration deadlines are published on the LSAC official website.  Test takers will not be admitted inside of testing centers if they have not pre-registered to take the exam.  In order to enter the exam room, students must bring the first page of their LSAT admission ticket.  This ticket can only be used on the date printed, and must contain a photo uploaded through the LSAC online account.  In addition, students must have on hand, a government issued ID.  This means school ID cards will not suffice. The ID must also be current and contain a recognizable photo.  The names on the ID must match the names used to register for the exam, exactly. Students who have used mismatched names to register must request a change via mail.  These requests must be processed before testing day.  No phone changes to biographical information may be made.  Lastly, test takers must bring multiple number two pencils with good erasers. Mechanical pencils and erasers are not allowed into the testing room.  This requirement may change once the digital LSAT is administered.

In order to take the LSAT, test takers must abide by the LSAC rules. Testing center rules are very strict to help create a universally fair experience for all test takers.  Students may bring a clear, 1 gallon, ziplock bag filled with acceptable contents, that must be stored under the chair during the exam. The ziplock can contain a valid ID, wallet, car keys, medical and feminine needs, number 2 pencils, a highlighter, a non-mechanical eraser, a pencil sharpener, tissues, and a drink and snack for break.  All items that students wish to bring into the testing center must be able to fit in their ziplock bag.  Students are allowed to wear an analog watch to the exam.  However, the official time is kept by the proctors, who will be giving time warnings throughout the exam.

There are a variety of test center violations, which if committed, can result in a voided LSAT exam.  The testing centers are very strict on these rules to ensure no one test taker has an unfair advantage over another test taker.  One of the biggest rules is that test takers are not permitted to have or use electronic devices from the time they arrive at the testing center, to the conclusion of the exam.  This includes no electronic device usage during the break.  Test takers who are caught with electronic devices in their possession will be issued an LSAC Violation Notice, will be dismissed from the test center, and risk score cancellation and possible further punishment. As should go without saying, students are not allowed to bring any weapons or firearms into the testing center. If a test taker is found in possession of such an object it will be considered a violation with potential score cancellation.  However, if the testing center is state owned, and the law of the state allows for “right to carry,” the state law will take precedence over the LSAC policy.

In addition to the above mentioned testing center violations, there are a whole host of other violations that could lead to test cancellation and punishment.  Prospective test takers are encouraged to read the full list of violations prior to taking the exam.  Some of these violations include, but are not limited to: working on an incorrect section of the exam, taking the LSAT for someone else or having someone else take the LSAT for you, obtaining access to the test prior to release, disruptive behavior, removing test content, leaving the testing building during the break, cheating, not following proctor directions, or having books, earplugs, paper or unauthorized bags in your possession.  Lastly, prospective test takers must be taking the exam for themselves and for the sole purpose of attending law school.  LSAC does not condone test prep companies hiring people to take the exam for the sole use of using the exam for test prep administration.

It is important for students to follow the rules outlined by LSAC as a requirement to have a valid LSAT exam.  Violation of LSAC and testing center rules could potentially stop a student from gaining access to law school.  Legal professionals are held to an impeccably high ethical standard. Those test takers who are found in violation of LSAC policies will have their ethics strongly questioned by admissions boards.  Depending on the violation, it could lead to a barring from admission to law school.

Is the LSAT Required?

While the LSAT is required to apply to most law schools, it is not a requirement at all law schools.  Some law schools that do not require the LSAT include Columbia, Texas A&M, and University of Nevada, Las Vegas.  While these schools do not require the LSAT, they do have other specific requirements in place of the LSAT.  The goal of removing the LSAT requirement, is to lower the financial entrance barrier that stops some people from even applying to law school.  While some schools do not require an official LSAT score, a high majority of United States and Canadian schools do.  Most schools will not post minimum or required LSAT scores, although they will have published average LSAT scores of students who have been admitted to their programs.  Prospective law school students will need to do their own research on each law school they hope to attend to determine whether or not there is a minimum LSAT score and what the average student profile looks like, for those who have been admitted in past classes.  Using these bits of information can help applicants make informed decisions about which law schools may be the best fit for their specific applicant profile.

With the LSAT being such an important part of law school application, it is no wonder students spend so much time studying to get as high of a score as possible.  While it is important to spend lots of time studying the content that students will be tested on during their LSAT examinations, it is equally important for students to fully understand all LSAT test requirements and rules.  It is the small things like making sure to register on time, bringing the correct identification, showing up to the correct testing center with the correct supplies, and not unknowingly bringing any forbidden materials into the testing room, that are important for having a smooth testing experience.

With so many things digital in today’s day and age, students may not realize certain things they use on a daily basis could cause their test to be voided.  For example, many students wear some kind of a fitness tracker.  This could be grounds for violation, test cancellation, and removal from the premises if used or worn during the LSAT administration.  In addition, forgetting to register for the LSAT could lead to months of lost study time.  Or, improper planning could lead to a test takers score lapsing prior to taking the LSAT.  These are all situations which can be avoided by reading and reviewing the LSAT requirements and rules, far prior to showing up for the actual exam.

The LSAT is an exam open to most people, however, it is not an exam that most people take.  It is important for potential law school students to fully review all LSAT requirements and rules prior to their sought after test date.  In addition, it is important for students to have a general idea of the LSAT score required to gain entrance to their top school choices. Preparing for the LSAT goes far beyond content preparation.  Students must fully understand the process of taking the LSAT inside and out, in order to have a smooth test taking experience.  Also, be sure to check out blog for the all of the LSAT test dates.