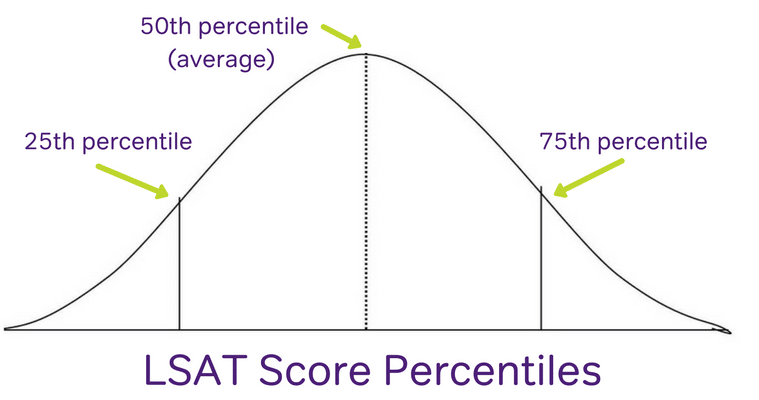 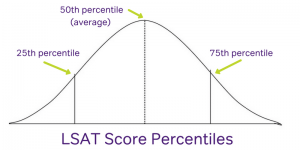 The LSAT is one of the most important factors determining law school acceptance.  It is the one standardized exam that admissions councils can use to compare applicants from different schools.  LSAT scores run from 120, lowest, to 180, highest.  Every law school applicant aims for a 180.  However, very few people have ever earned a perfect score.  Improving LSAT scores can be a difficult feat.  However, law school applicants are willing to work hard to improve by only a couple points.  After all, a couple point improvement can be the difference between attending a top tier law school or a mediocre law school.

Due to many firms hiring strictly from certain law schools, students are willing to work hard to improve their LSAT score.  A student’s LSAT score is derived from the number of questions the student answered correctly on the LSAT.  Unlike many other standardized exams, each question on the LSAT is weighted evenly.  Questions from the reading section, the logic section, and the reasoning section are all weighted equally.  This means an applicant’s LSAT score is truly based on how many questions he or she got right, and now which section the student excels in the most.  Students are encouraged to guess on questions if they do not know the correct answer, because there are no penalties for incorrect answers.  This means, getting an answer wrong will not count against a students’ score.  Only getting a question right will help improve a student’s score.  After an applicant’s raw score is determined, it is converted to an LSAT score ranging from 120 to 180 points.  No student can score below 120 and no student can score higher than 180.

LSAT exams do vary in difficulty.  Exams are written by humans, which means there will be some variability in the difficulty of each exam.  In order to account for this variability, and make the scoring process as fair as possible to students taking different exams, there is a process called “equating.”  Equating is a statistical process used by the LSAC to properly equate each test takers raw score to the LSAT score (120 to 180), while taking into account variable differences in each test administration.  Equating allows the LSAC to administer different forms of the LSAT, while still making sure the scoring process is fair to all test takers.

The LSAC uses percentiles calculated from LSATs three years prior to determine the value of the LSAT score.  This means that when students receive their score, they are being compared to all students who have taken the LSAT in the last three years, not solely the students who took the exact same LSAT they did.  It is important for the LSAC to use multiple LSATs, otherwise, the scoring would not be fair across various test administrations.  At the end of the day, the percentile is not as vital to understand as the LSAT score.  However, understanding the percentile score each LSAT score correlates to can help a student understand where they stand in relation to other students in their application to law school.  Having an accurate picture of where an applicant falls, relatively to other applicants, can help students to have a more realistic view when deciding to which schools they should apply.

When students receive their score, it comes in the form of a “Score Report.”  The Score Report will include the student’s current score, the results of all exams taken since 2013 (up to 12), an average score for students who have taken the LSAT more than once, the score band, a percentile ranking, and whether the students took a disclosed test or not.  LSAT scores are released only to the student and to any law schools where the student has applied.  If students wish for their scores to be released to other schools, individuals, or organizations, this must be notated during the registration process.

What constitutes a “good” LSAT score can change from school to school.  Students who are hoping to attend a top law school will need nothing less than a top score.  Whereas students who are ok with a mediocre law school can afford a more average score.  However, all students should be aiming for as high a score as possible to keep their options open.  The average LSAT score on a scale of 120-180 lies around 150.  Students who hope to get into law school should be shooting for a score over 150.  However, students aiming for entrance into a top 10 law school should be scoring above 162.  The LSAT is such an important part of law school applications because the exam was directly designed to predict likelihood of success in law school.  Admission boards only have a limited number of seats to give out.  Therefore, they need to be sure the students who are offered admission will perform strongly once they begin school.

Law school applicants should conduct their own research on the schools they hope to attend.  Each school has different LSAT score requirements or recommendations when it comes to admission.  It is important for students to always aim above these published numbers.  Regardless of a law school’s average published LSAT score, a high LSAT score will always help students have a better chance of admission.

With the ability to take the exam so many times, it is important for applicants to understand how their scores are reported.  All LSAT results, including cancellations and absences, are automatically reported to law schools.  Law schools will receive these scores both averaged together and as individual scores.  With law schools receiving all of a students scores, absences, and cancellations, it is important that applicants are fully prepared for the LSAT every time they take it.  Applicants who take a “practice round” LSAT with the logic that they can cancel their score or retake the exam as many times as needed, may end up hurting their chances of getting into law schools.  Law schools can see everything related to the LSAT.  If a student opts to cancel a bad score, law schools will likely question why the student chose that route.  Oftentimes, a cancelled score shows law schools the student knew the score was a very low score.  In addition, if an applicant chooses not to cancel a score, but takes the LSAT over and over again with widely varying scores, law school may view the scores as inconsistent.  If a student scores a 170, then a 148, then a 155, law school are likely to average the scores together instead of going strictly off of the highest score, as that may have been a fluke.

LSAT scores are one of the most important parts of law school admission.  While there is lots of flexibility in how many times the LSAT can be taken, it is important for students to aim to take the exam once, scoring as high as possible.  If students feel the need to take the exam multiple times, it is important for them to be fully prepared for each and every administration of the LSAT.  Application to law school is not cut and dry, and there is not a one size fits all strategy for gaining entrance.  Law school applicants must do their own research to determine what their optimal LSAT score should be based on the schools to which they are applying.  The LSAT is one of the most important parts of law school admission, and thus an applicant’s LSAT score should be taken seriously.